Yesterday was another great day for flying. Almost no clouds in the sky! Just some annoying 20kt headwind…

After breakfast we departed Berck southbound along to coast until Dieppe were we than cut inland and around Le Havre and Deauville. The flight than continued along the cost again along the D-Day landing beaches.

Than we crossed the Cotentin peninsula and landed in Grandville. Grandville is a medium sized airport with a lot of traffic but french only radio. After landing we fueled up and took advantage of the just ten minute walk to the beach.

Avranches is a small aeroclub airfield in the marches of the Baie du Mont St Michel, about 20 minutes south of Grandville. The airfield is “Usage restraint” which mean that you have to seek permission from the prefecture before landing. The process is straight forward: You go to the website of the aeroclub, download the appropriate from and mail it filled to the address on it. And although it says you should seek permission at least one week in advance, I got mine after just two days!

Just before landing you have to be careful to make a low approach and scare the lawn mowers of the runway. 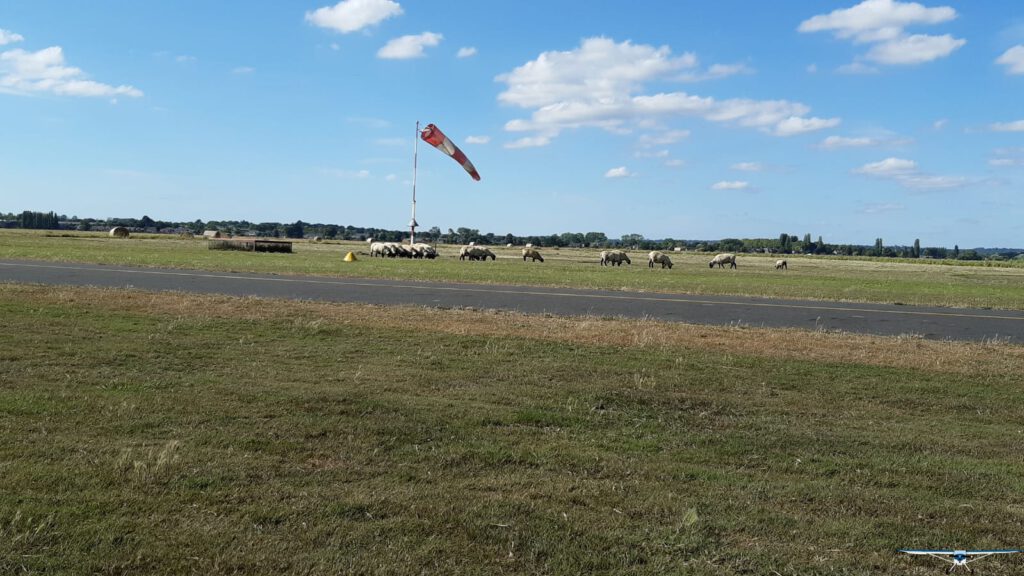 Camping was no problem at all and all the aeroclub people are vary accommodating. And what makes it even better: There is a shower available!