Avranches was such a nice place that Hugo and I decided to stay a little longer. And it was worth it. Besides swimming in the Baie du Mont St. Michel we met many nice people! Thereunder Micheal from Germany who is flying around in his RV-6. But always comes the time to say goodbye and so this morning we climbed back into 90B and departed runway 21 out the the bay. 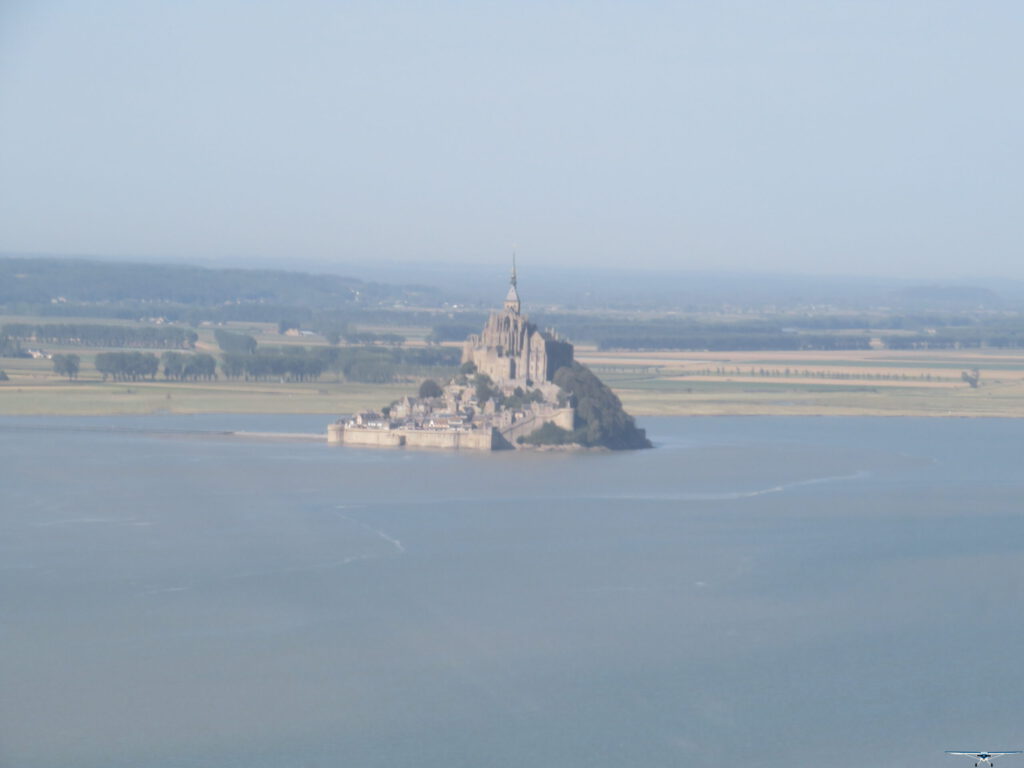 Then we turned south again and followed the coastline, again. The destination was set to Ouiessant, an island west of Brest. But while transitioning through the Brest airspace unfortunately some seafog rolled in and made the approach impossible. So we decided to continue to Guiscriffe Scaer where we had planned to stay over night anyway. 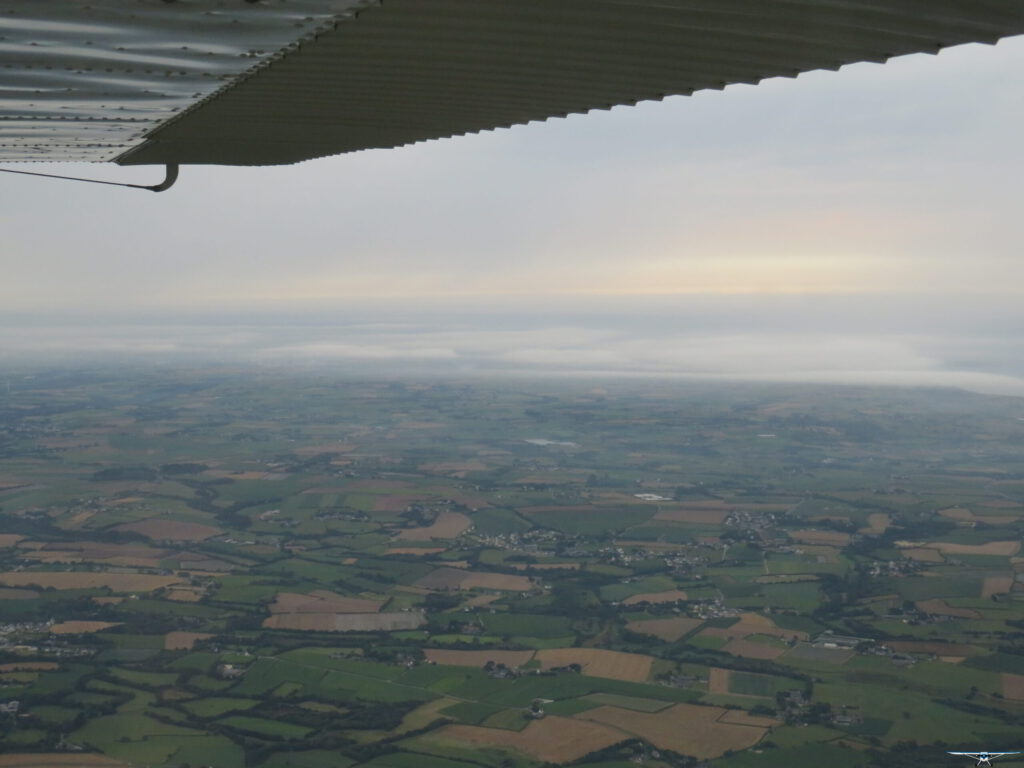 South of Brest we even saw a transmission station of the french military to communicate with their submarines. 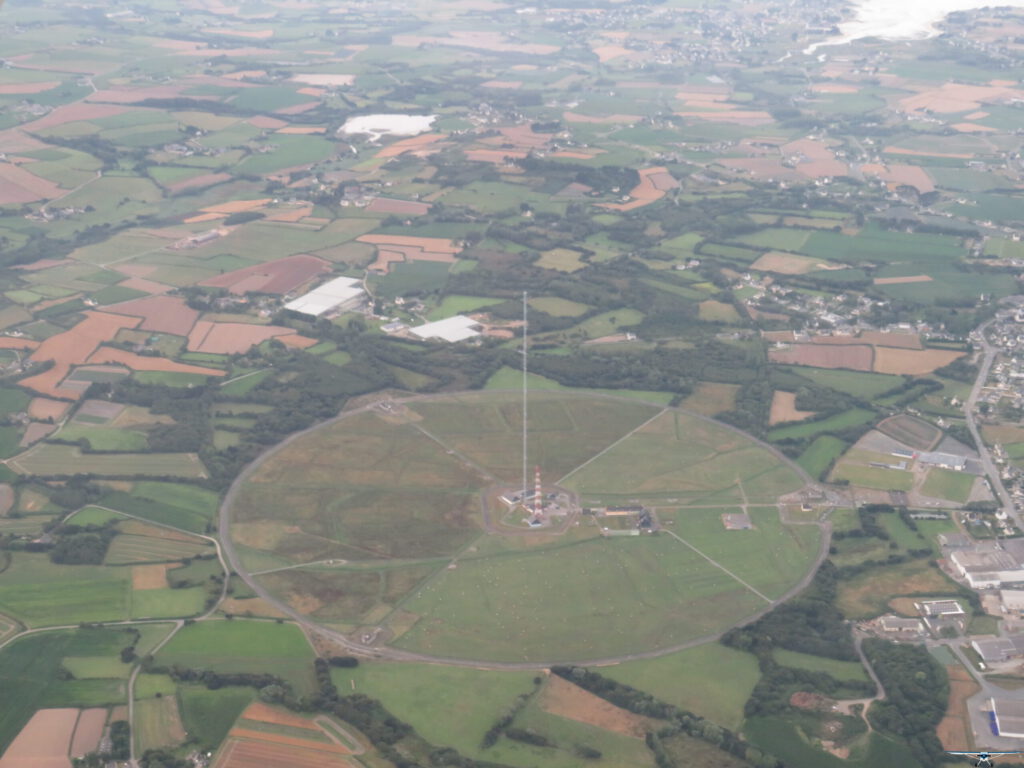 After two and a half hours of flight we finally landed in Guiscriff Scaer with an outside temperature of 36°C! We were quickly invited to have lunch with some members of the aeroclub and could setup our tent behind the clubhouse. Landing costs 4€ and parking overnight 9€. Shower included!