Like every big project, you need somebody pulling it off! 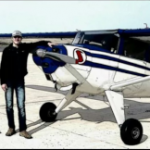 Florian, the founder of Discovering Eagle!

Florian is the pilot of Discovering Eagle. He likes to fly and explore the world.

As soon as he got old enough, he started glider pilot training with his father as instructor.

Age 23, he got his American Private Pilot Certificate, Airplane rating during a year working in the States. About a year later he purchased a 1948 Luscombe 8E, N1990B, in Kentucky and shipped her to Germany.

Florian is currently employed as an electrician in the field of propulsion systems for electric cars. If he is not flying or working currently, there is a good chance he is tinkering with some avionics or other electronics circuitry.

He also is a hobby programmer and likes to develop apps to make flying easier and safer. Some of his software you can find on this page.

If you like to know a little bit more about me, look here. 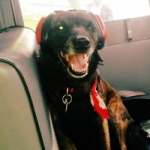 Hugo in his flying gear!

Hugo became part of the team in 2015. Unfortunately it is not known what he did before. We only now he was tied up at a local train station and became interned at the animal shelter. There he met Florian and they became friends for live!

He loves chasing rabbits, birds and everything that is smaller than him. He also is keen to have a walk where he hasn’t been before.

Hugo’s main job is recycling surplus foot and getting attention. He flies as regularly, he even has his own logbook. 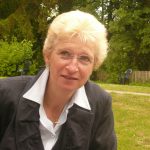 Regina is a retired teacher and the biggest supporter of Discovering Eagle. As Florian’s mom she owns a share in N1990B and helps with the maintenance.

She flies gliders since her youth and later added Touring-Motor–Glider, Airplane and Microlight. By now she became an instructor for microlight airplanes.

She also occupied the only position only a mom can hold: The Parental Advisor! 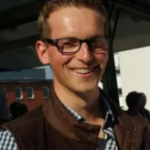 Regina’s second son is a professional airplane power plant mechanic with EASA inspection authorization and provides help and advice wherever he can.

He is an outstanding glider pilot and tries to fit in his father’s foot steps. His favorite soaring spot is in the French alps.

But Nico also is an instructor for gliders and works on his own rating for Touring-Motor-Gliders.

Volkhart is the biggest inspiration for all of us. Even though he died in an airplane crash 13 years ago, he still made us the pilots and aviation enthusiasts we are today!

With his DR400 Remorqueur our young family traveled all over Western Europe.

During lifetime he hold the gilder and airplane rating with CVFR as well as TMG. Even though he was instructor for all of these, his passion was cross country soaring were he even attended international competitions. 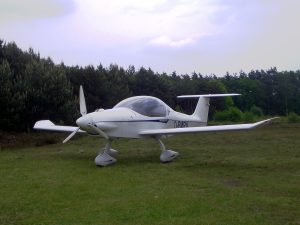 Late 2002 he started building an MC100 in the home workshop where Florian and Nico got many handworking skills for their lifes.

When Nico and Florian became old enough, he thought them the art of flying gliders and paved their way in becoming pilots.