Things you need to see

There are things you have to see at least once in your life. The Auschwitz concentration camp in Poland is one of these! But why?

I assume by now it is well-known that the Nazis did horrible mass murder on the Jews and other minorities. And since it has happened already, it can happen again! There is only one way to prevent it: Remember!

Do to that better Tim and I decided to spend a weekend in Oswiecim / Poland and to visit the remains of the Auschwitz Concentration and Extermination Camp.

In the early morning last Saturday we met at Celle-Arloh and prepared for the flight eastbound. Takeoff was uneventful at 09:47L on runway 22. Right after takeoff we tried to get in contact with Celle Military Tower as they were active by NOTAM but nobody seemed to be there. So next step switching over to Langen Information and opening the flightplan to Bautzen. Continuing east-south-east…

After almost three hours of flying and some rain near Magdeburg we reached the Lausitz and said good-bye to Langen’s air traffic controller. Upon our initial call Bautzen Info answered but told us the airfield would be closed! Dammit, I did overlook, that the airfield was only operational on weekdays. So a 180 and back to Kamenz.

After landing there we got fuel immediately and parked the aircraft for lunch. Unfortunately we had to learn that the restaurant was closed and we decided to walk into town and had a very delicious lunch at Tomsens Pizzeria. 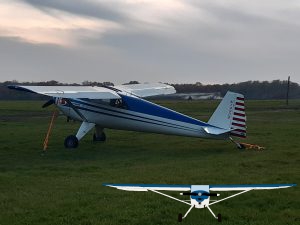 With full stomachs it was time to continue and we departed runway 23 with eastbound heading again. After crossing the border into Poland we hugged the Giant Mountains and passed Jelenia Gora towards Wroclaw. I was quite surprised by the English of the polish controllers!

Then it became time to descend for the approach procedure into the Katowice ATZ which should show us other landmark with historical importance: The Radio Tower Gleiwitz.

After the landing we refueled once again, secured the airplane and grepped an Uber to the hotel. 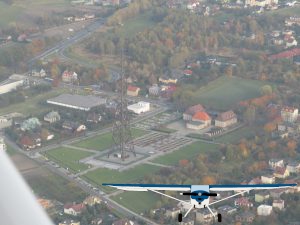 With these words Adolf Hitler announced the legitimation to assault Poland and the beginning of the second world war. Today we know that the attack on the radio tower was faked by the SS the night before.

And did you know, today the tower located in Gliwice is the tallest wooden tower worldwide. 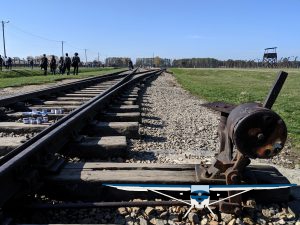 What is commonly known as the Auschwitz Concentration Camp is actually a complex of several camps of which most of them are located in or near the town of Oswiecim (german “Auschwitz”). The base camp in the town actually was a forced labor camp mostly used for “normal” prisoners and ethnic minorities except of Jews. It was meant to work the inmates to death.

The Jews were mainly brought to the Extermination Camp Birkenau were they were either gassed right after they arrived or if they could work, the were worked to death like in the base camp.

Sunday morning we were scheduled for a tour through the museum of the Base Camp. Our guide Hertha did a great job and spread exactly the right mood!

It is actually quite hard to put in words what we have seen. Even though one walks through the original buildings and watches the exhibits one still has this voice in the back of the head saying “These people died here!” It is not to grasp that up to 1.5 million people were murdered here! Well, just let the photos tell…

Later we took the shuttle bus out-of-town and to Birkenau where we walked along the ramp at which the Jews were loaded off the trains. You can’t see the end of the camp from there and still Hertha told us that the camp was not completed and should have been way bigger!

Birkenau is the place most people know from photos or television, too. 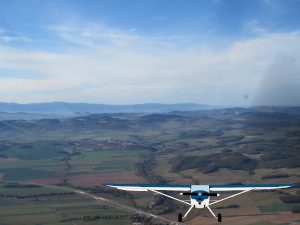 On Monday it was time to head back home. So we ordered an Uber again and drove back to Katowice Muchowiec. After our departure from runway 23 we left the ATZ to the east in order the fly around the concentration camp to get an aerial photo of the scene.

After initial contact Kraków Information advised us of the prohibited area EP-P4 on our flight path and we stated we were aware of it and wanted to pass as close as possible because it sits right over the concentration camp. That didn’t seem to calm the controller and he advised us four times more.

After getting the photo it was time for a westerly heading along the Giant Mountains again. And this time it even worked out to land in Bautzen. Unfortunately the restaurant had closed down here, too. So we just did a quick fuel stop after the three-hour-flight and departed again, destination home.

After almost 12 hours total flying time Celle came back into view and Celle Tower (this time awake…) advised us of IFR traffic in his radar pattern. So we stayed high until passing Celle-Arloh and then did a piano-like descend before we landed back on runway 22. 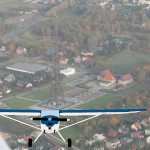 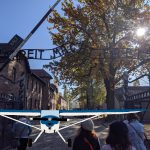 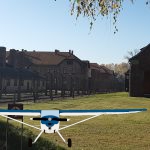 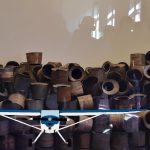 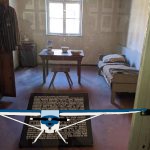 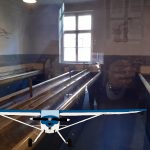 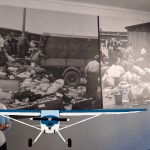 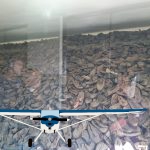 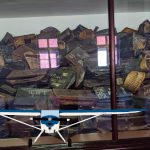 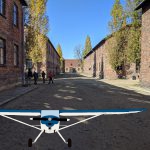 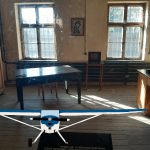 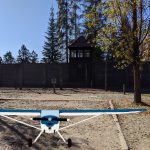 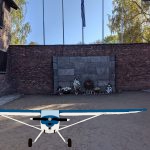 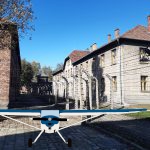 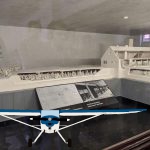 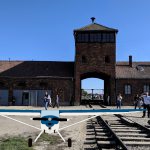 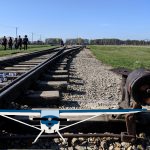 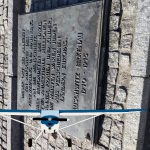 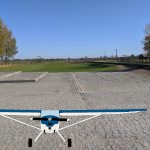 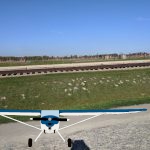 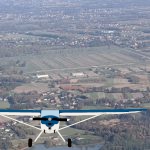 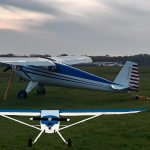 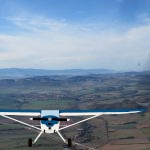 In conclusion after this trip I think it is ever more important not remember what had happened over 70 years ago to not make the same mistakes again. On the other hand you are constantly reminded of the suffering of the people imprisoned there. Still I recommend everybody visits this site once in his or her life!