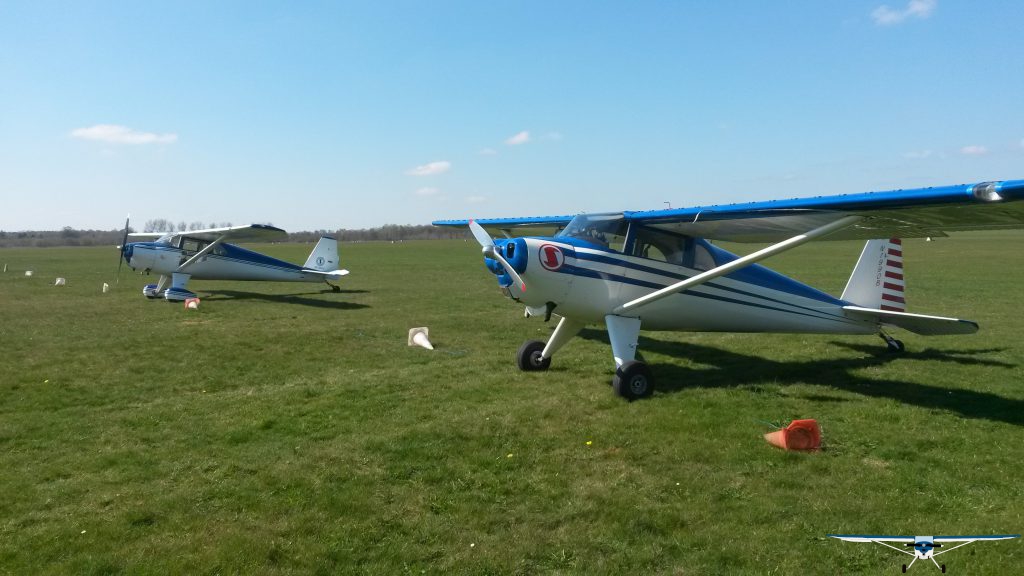 On April 19th 2015 I flew 90B to Uetersen/Heist (EDHE) near the mouth of the river Elbe to meet Juergen Pfeifer, one of only two other Luscombe owners in Germany. My copilot this day was my Mom and co-owner.

The way up was quite uneventful. After departing Celle to the north I tried to establish radio communication with Bremen flight Information Services to get clearance for the military shooting ranges on our way. But because it was such a good VFR weekend there was no way to get through.

Abeam Lauenbrueck (EDHU) we got the feel how it is to operate a vintage airplane with a rather short manual. We departed on both wing tanks and at that time fuel started running down the left side of the fuselage and the right tank was loosing quantity. I was in contact with Hamburg Fuhlsbuettel (EDDH) tower, originally to let him know that a primary target is coming really close to his airspace, but I considered to declare an emergency and head straight into Hamburg Finkenwerder (EDHI) the Airbus plant airfield. But then the leaking stopped and we continued to Uetersen. Later Juergen told us that Luscombes have no backpressure valves in the fuel lines so that the prop wash presses into the right hand fuel vent and pushes the fuel through the lines out of the left vent what is because she is limited to single tank only.

On the way back to Celle we departed in loose formation with 96X to do some photography of the planes in the air. Juergen went back to Uetersen and we continued to Celle with my Mom occupying the left seat.